The Barefoot Eco Hotel follows the principles of eco-sustainability and conservation of the environment as well as the involvement of the local community within its activities.

As a result of our ongoing commitment, in 2021 The Barefoot Eco Hotel was certified as a GSTC sustainable hotel. The GSTC certification promotes engagement to managing and operating businesses to the highest level of sustainability, managing and reducing the use of energy and water, promoting the reuse and recycling of materials, and supporting workforce diversity and inclusiveness while respecting local cultures. 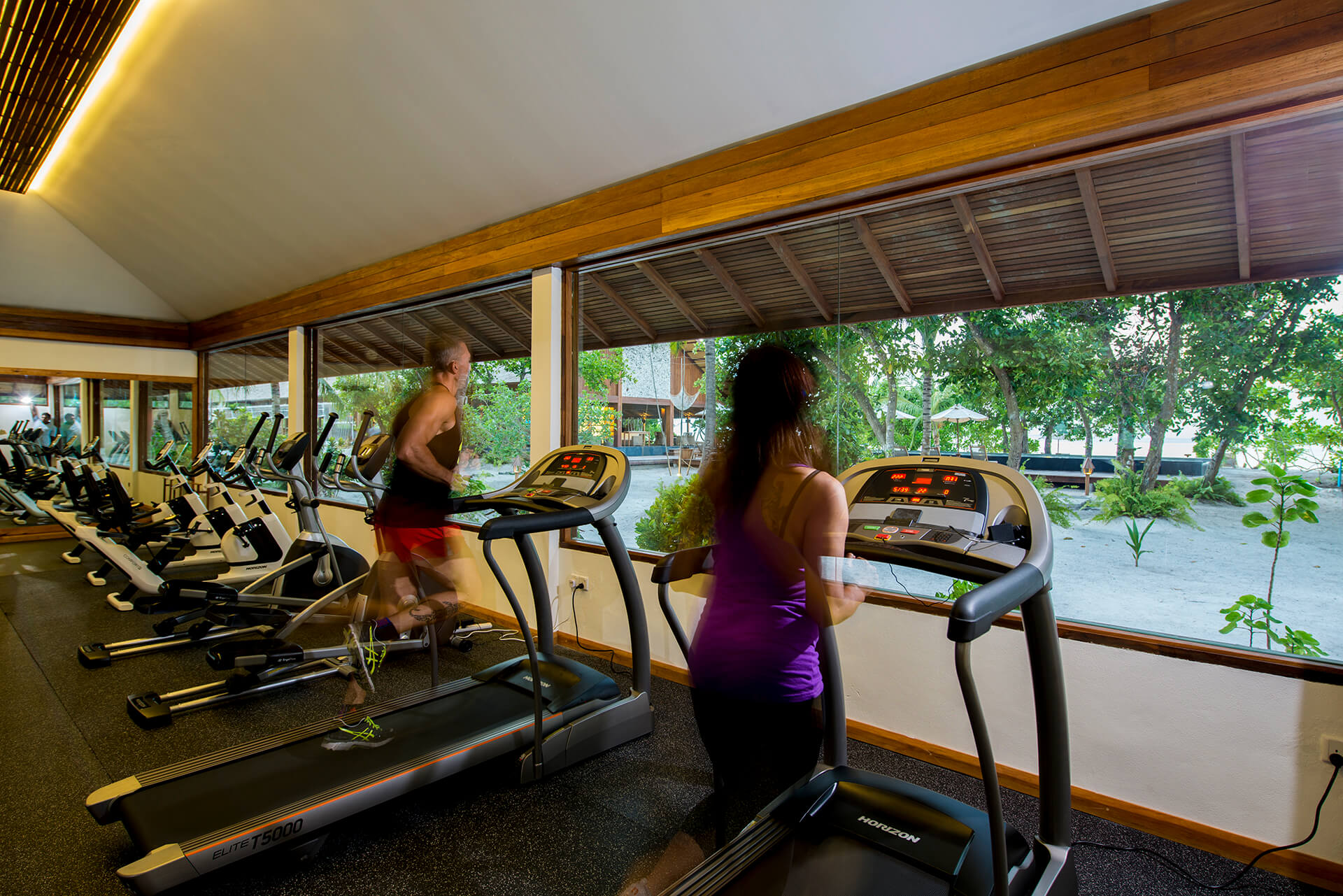 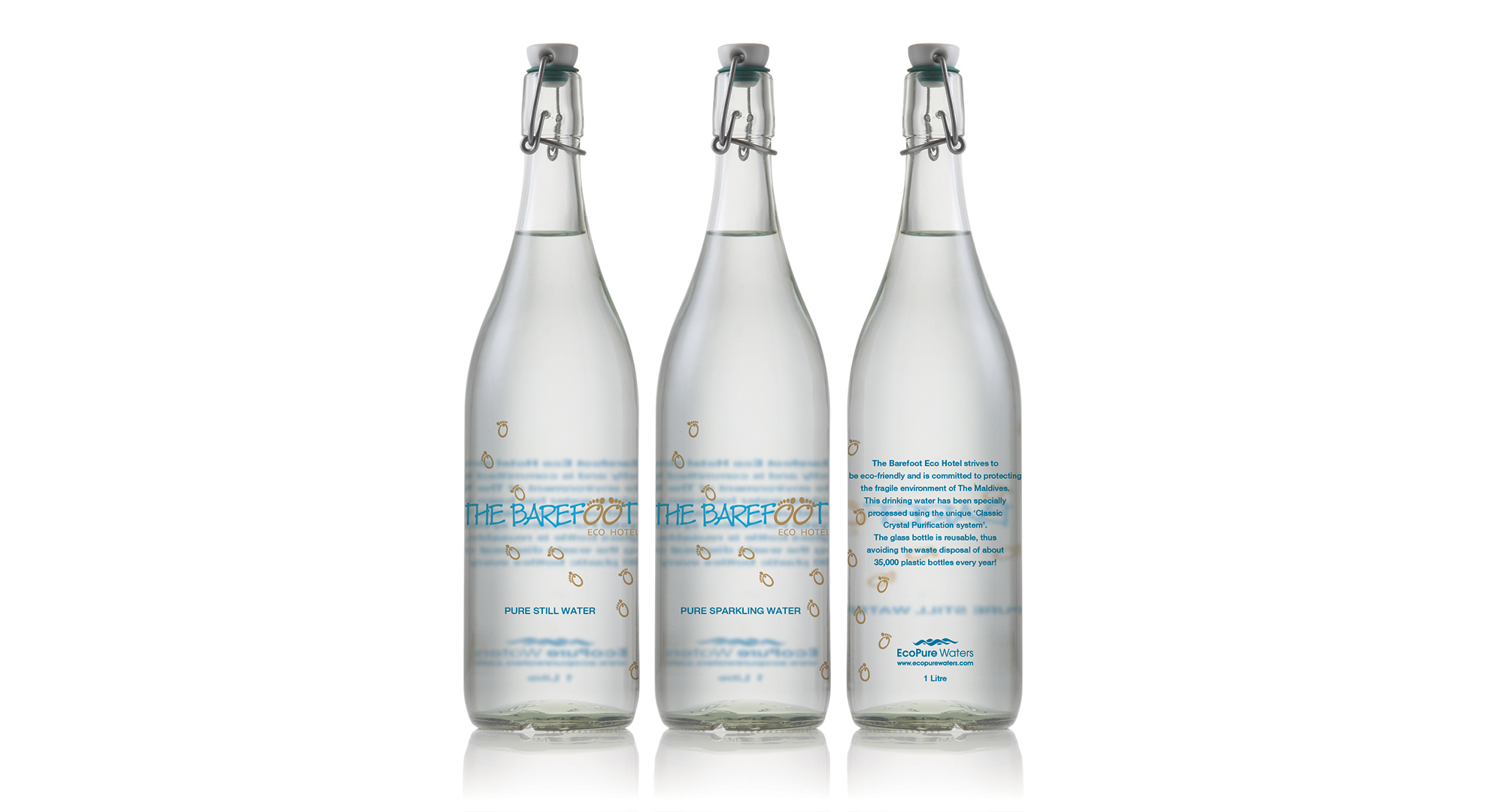 The Global Sustainable Tourism Council is an organization established in 2007 committed to sustainability and social responsibility in the world of tourism. The GSTC certification is the only internationally recognised certification that guarantees compliance with social, economic and environmental requirements in order to demonstrate the sustainability of any tourist activity or the overall management of a destination.

The Barefoot has built its structure including important “green” aspects, including:

– The use of ecologically grown wood, respecting the sustainability of the forest of origin.

– The use of solar photovoltaic panels to generate electricity, limiting the use of diesel generators (widespread and impacting in the Maldives).

– The demand of electricity not covered by the panels is provided by Hanimaadhoo power house, avoiding the establishment of a second diesel power house on the island.

– The use of a system recovering the heat generated by air conditioners to heat the water of the rooms.

– The opening of the water bottling plant by 1st November 2015 in order to reduce the use of plastic bottles and thereby the negative effects that plastic pollution has on the oceans – and consequently on the whole planet.

– The establishment of a Conservation Center. The Center has developed a series of ‘responsible activities’ for tourists (such as snorkeling, dolphin watch, etc.), so that a double goal can be pursued: “fun” for the tourists and environmental monitoring. Our marine biologists “takes advantage” of the excursions to carry out several projects of environmental monitoring, in order to collect data on the ecosystem and monitor the impact of the Eco Hotel activities on the environment . These activities, developed in a context of monitoring and conservation, also have a strong positive effect on tourists, who rise greater environmental awareness and feel more involved in a global change of attitude towards the environment. 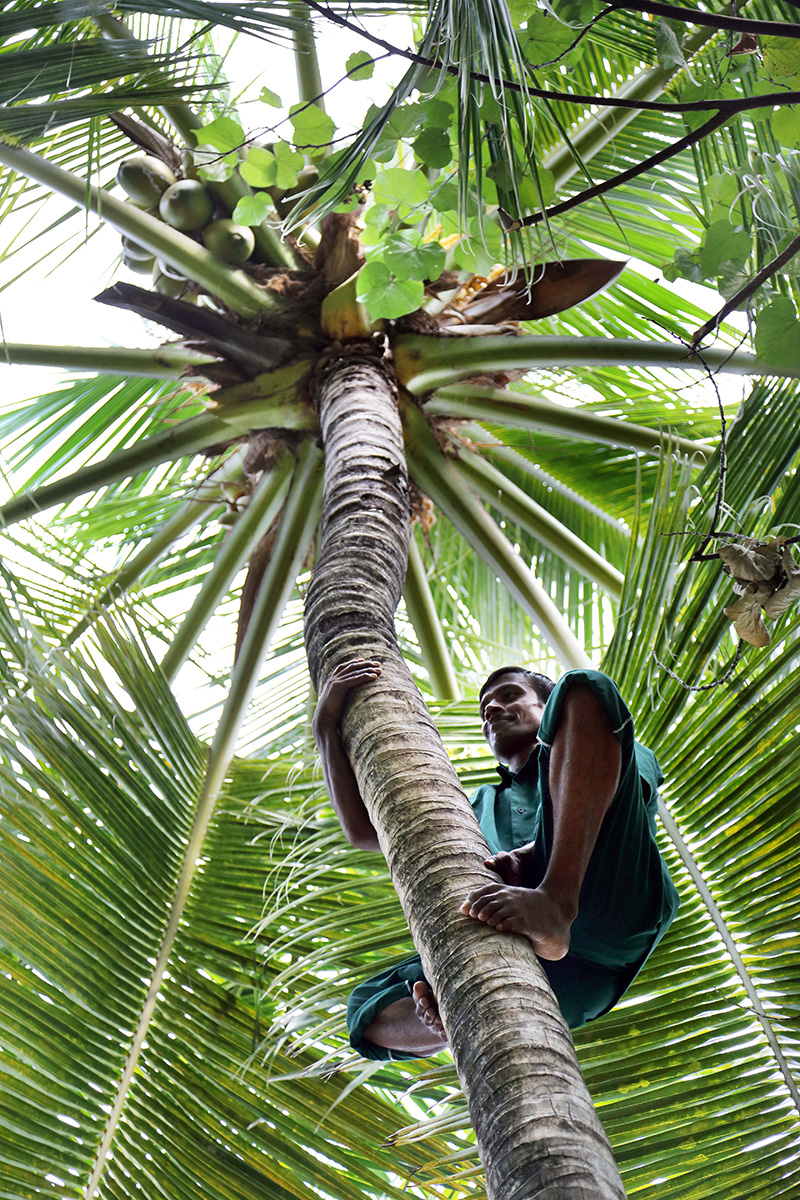 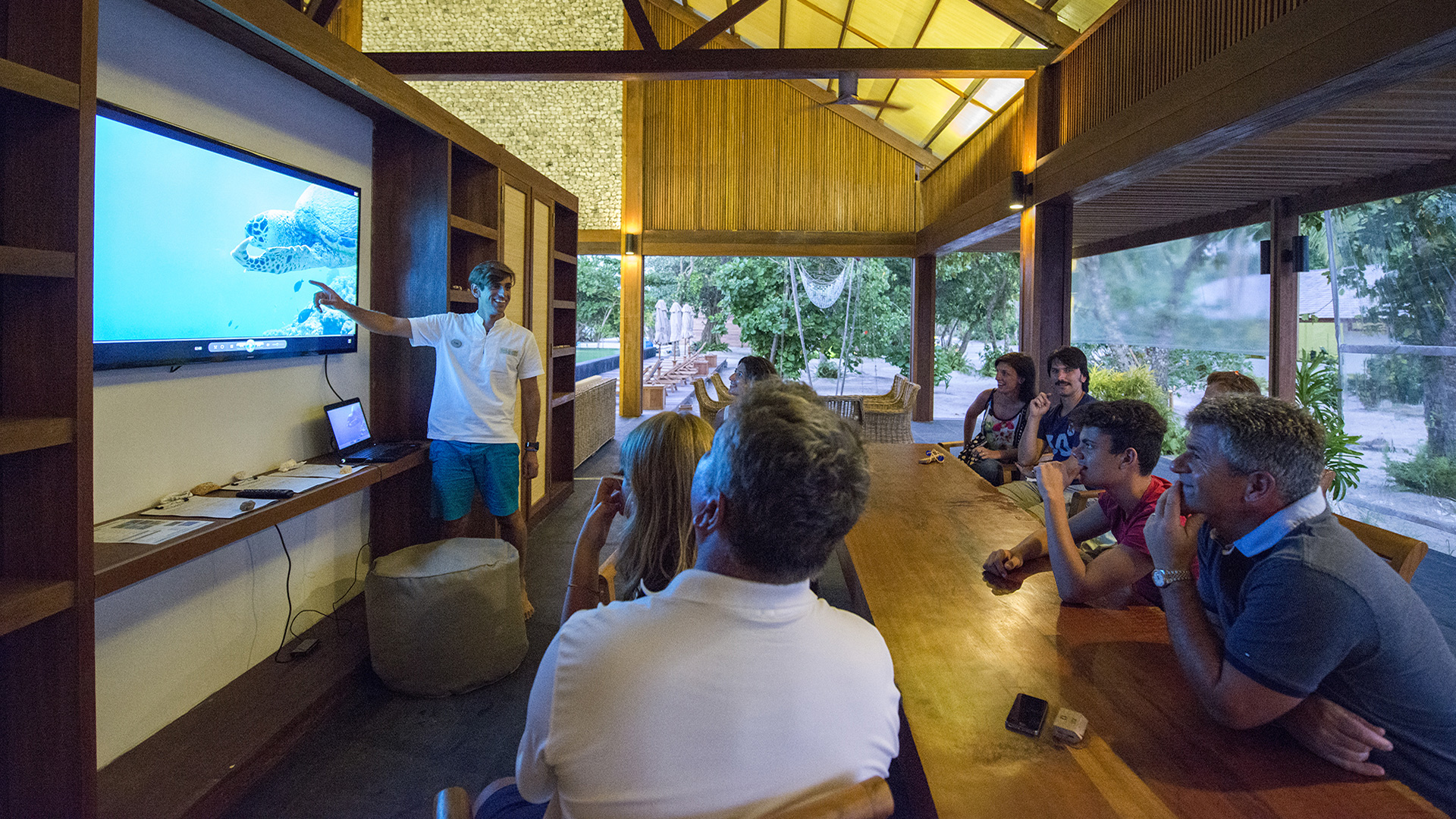 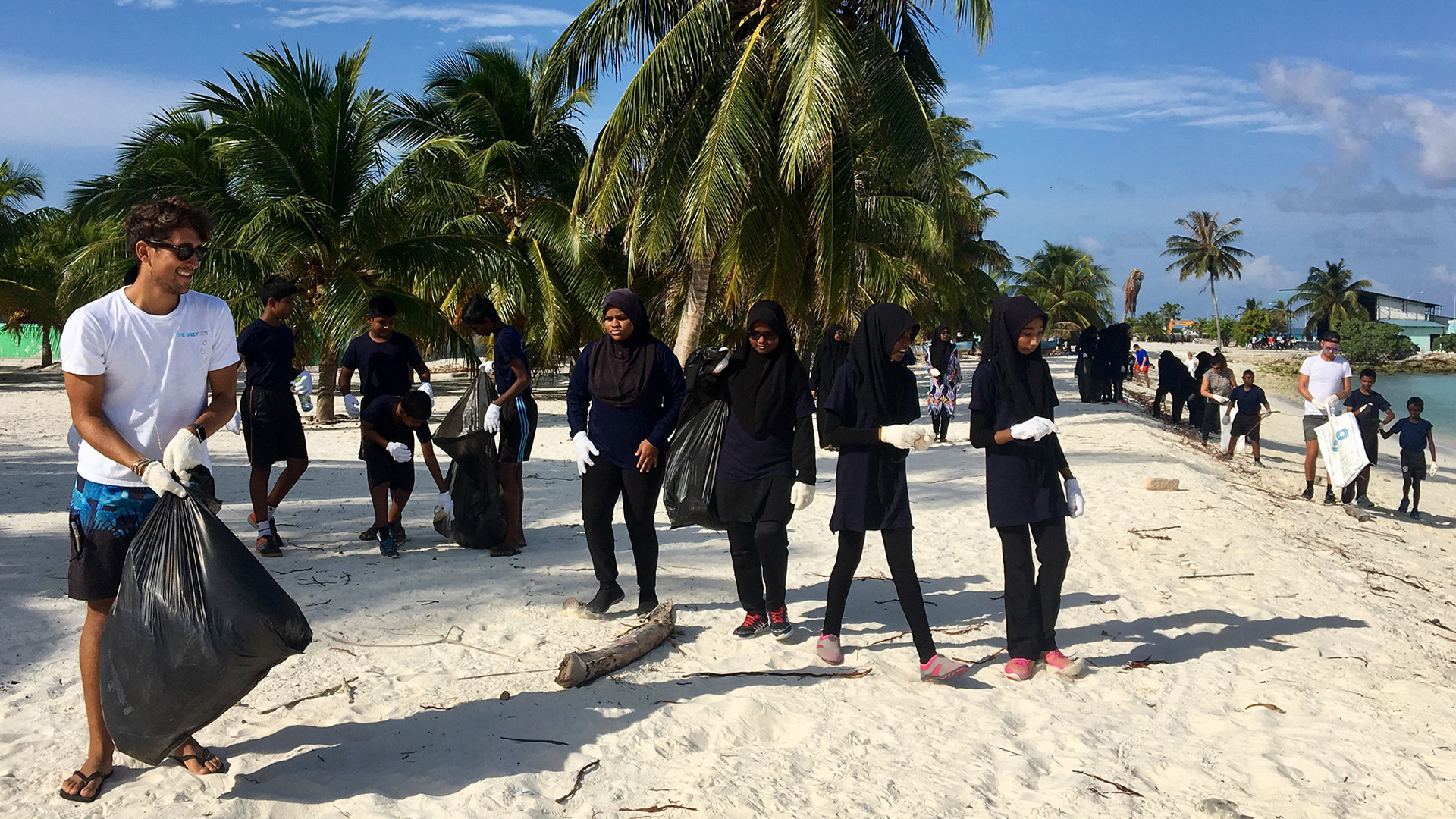 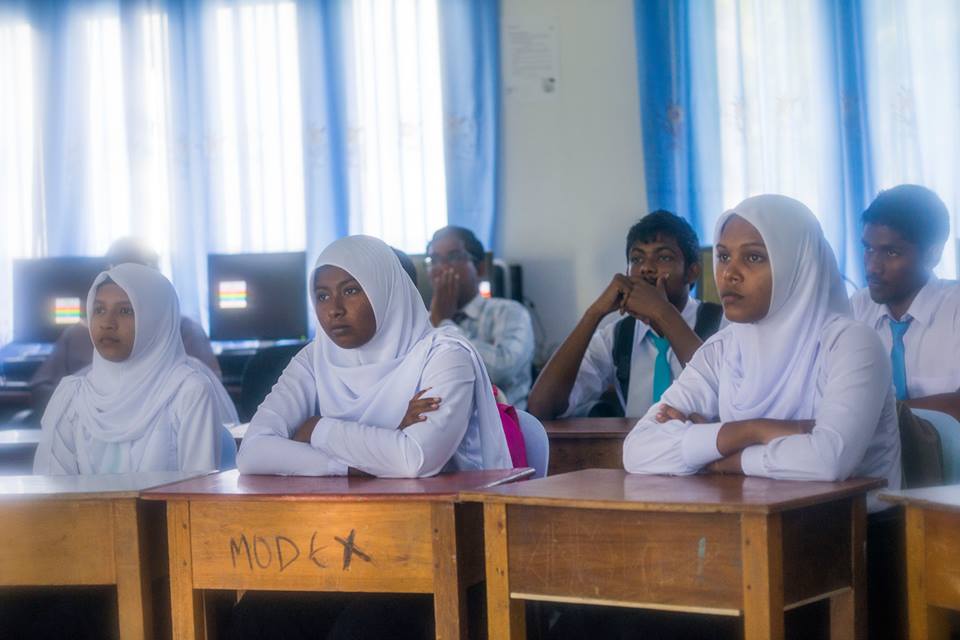 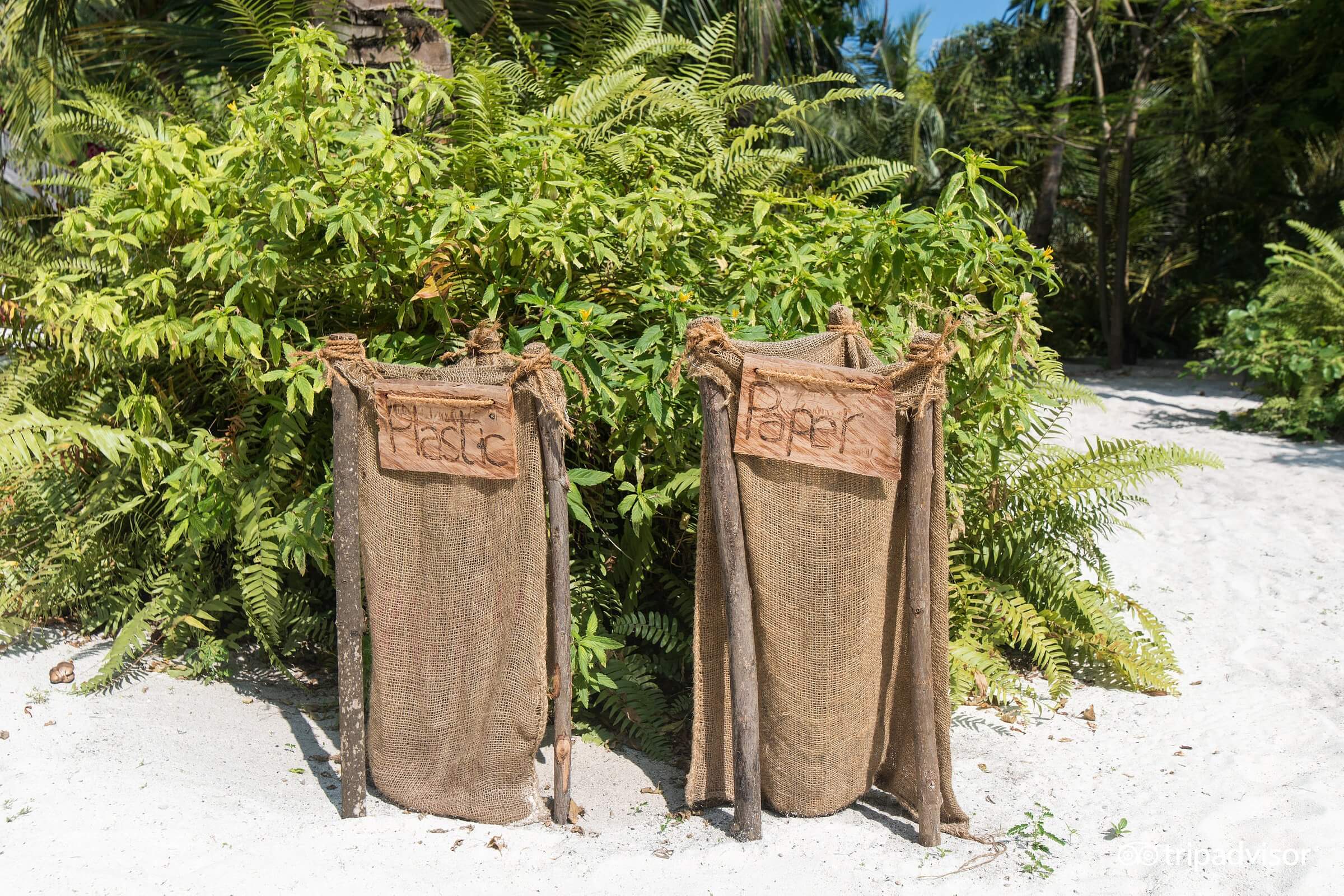 The implication of the local community is done in several ways, including:

– The direct economic involvement of the community, through the contracting of people from Hanimadhoo for many work positions within the Eco Hotel.

– The dissemination of knowledge on the environment and culture of Maldives, especially of Hanimadhoo, through specific activities for tourists (cultural guided cycling tours, escorted exploration of the forest).

– All goods (including food) available on the island are purchased on site, in order to promote the local economy and reduce the carbon footprint due to transportation.

– The development of specific environmental education programs in collaboration with the local school.

– The development of a project of waste sorting within the Maldivian families of Hanimadhoo, the very first step towards recycling.
In addition to this, all the staff at The Barefoot Eco Hotel works every day to improve the environmental and social situation of the island.
Some projects that are still under development.